Estonian Nature enquires
Reet Mägi writes about events related to celebrating the 215th birthday of the Museum of Natural History of the Tartu University.
Heldur Sander explains why scientists are gathering the samples of eatage of the lime Tilia × europaea in Tallinn.

State defence versus nature protection at Nursipalu
Katre Palo looks at the conflicting relations of the defence forces and nature protection interests at Nursipalu, Haanjamaa. The planned extension of the military study ploygon will most certainly have a negative effect on the valuable local nature. The article is supplemented by comments from Kerttu Elm and Tuuli Vors.

The key habitats of Nursipalu will not function as isolated forest patches
Anneli Palo and Thea Kull evaluate the possible impact of the planned military polygon on the valuable plants communities and species.

Interesting Estonia: Kalevipoeg (“Kalev’s son”) is standing on three rocks
Ahto Kaasik describes the stones situated on the coast or in the water of Lake Saadjärv that are associated with Kalevipoeg (“Kalev’s son”), a giant hero from Estonian folklore. The stories associated with the stones tell a lot about the origin of our nature, nation and the state.

The traces of old trees in Victoria Park
Leho Ainsaar points out how the fossil traces of trees in the Victoria Park, Glasgow, somewhat remind the trunk imprints in the Limo dune area on the Ruhnu Island

Holes in sand dunes: not just at Ruhnu
Helen Külvik brings some clarity into the issue of the mysterious trunk holes on the Ruhnu island (a story featured in the February issue): similar trunk holes have been witnessed in the US and elsewhere in the world.

Vikipeedia HELP: already 7th time
Ivo Kruusamägi gives an overview of the contest about collecting photos about Estonian nature. The photos of the campaign can be seen at: https://et.wikipedia.org/wiki/Vikipeedia:HELP7/Pildid

Interview: The slogan of Estonia should be „The boring sand and open field“ (Reference to a famous poem by Estonian poet Juhan Liiv)
Rainer Kerge has interviewed Valdur Mikita, a biologist, semiotician, writer and the professor of Liberal Arts of the Tartu University.

Practical tips: The story of light in pictures
Urmas Tartes and Arne Ader continue their instructions about photographing with a seemingly simple, but in reality, a hard task: light.

Nature experience from the world: Facing the Indian elephant and a rhinoceros
Hendrik Relve takes the reader to the Kaziranga National Park in India, where two large mammal species can easily be seen.

Birch, the symbol of juicing spring
Triin Nõu writes an overview of the valuable qualities of birch tree and suggests ways to gather birch sap from the trees.

An Estonian location: Lake Rändaja will not stay
Juhani Püttsepp went to the Pandivere upland to take a look at disappearing lakes in the surroundings of Järva-Jaani. The lakes, including Lake Rändaja (“Traveller”) are seen only in springtime.

European roller
Karl Adami gives an overview of the bird with blue, black and white feathers (reference to Estonian flag), characterized by cleverness, curiosity and noisiness. 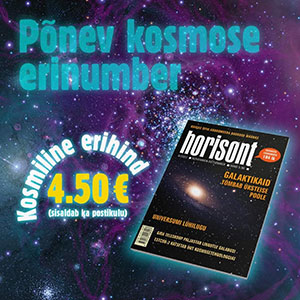